We look forward to a great competition and wish good luck to all teams and thanks for your participation.
Payment Methods – Credit Card or online transfer to IBAN IE51EDCN99104210147559. * Narrative – INSERT CLUB*
Enquiries, 046 9732258 or golf@EdenderryGolfClub.ie.

In 1980 Edenderry were playing in the All Ireland Semi-Final of the Junior Cup in Grange Golf Club.  Denis Duggan , Gerry Lenihan and Noel Duigenan were on the journey up when a discussion arose about the lack of Inter-Club competition for the older golfers. And so the seeds for the Duggan Cup were sown on that journey. The reason it was called the Duggan Cup was that Gerry Lenihan did not want the wife to find out that he was sponsoring it!!!

The following year (1981) Gerry Lenihan sponsored a cup and 30 meals for the final and he continued to do so for the following 9 years. 12 teams competed  in the first year with Naas Golf Club coming out victorious. Over the following  years  the number of clubs participating in this competition grew to 64. Congratulations to Killeen Golf Club, 2016 winners of the Duggan Cup..

The Duggan Cup is run over 5 Foursomes Matchplay matches and players must be over 50 on 1st Jan to be eligible to compete. The Semi-Finals and Final are played in Edenderry in late August. 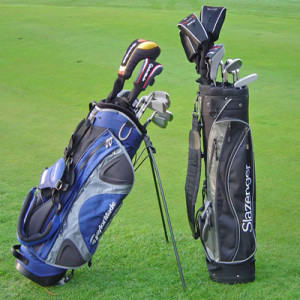